Reason behind the Success of FPT/IVECO Generators Dubai

- March 20, 2018
Power is one of the most sought-after resources in this ever growing industry motivated world. There is an ever growing need to secure more possible options in terms of generation of energy.
The last few decades have seen the largest growth in terms of industrial capabilities around the world, and of all the sectors, manufacturing-related sectors have grown and become prominent than ever. Each and every economy around the world is known to rely majorly on its production capacities and also focuses on increasing the same in order to strengthen its economic stature among fellow competitors. FPT/ Iveco Generators has been changing the very course of such situation. 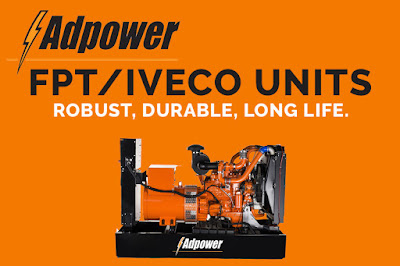 NEED OF REGULAR POWER
This utmost competition and will to stay abreast has demanded economies to rely heavily upon manufacturing units and empower them with all its worth. These units and holdings have great demands of power and energy in order to keep running and this demand is never ending in many terms. There have been changes in many patterns around the world, and most of these changes have made industries highly competitive. Though the major amount of fuel and energy is fulfilled by other resources such as electricity and fuel such as coal and oil, there are several micro units inside an industry, which need to be run all along.
WHY GENERATORS?
Many holdings rely on an uninterrupted supply of power to these areas and do so by running generator sets in order to cope with the energy needs. Of all the reasons given, one of the major reasons to run these generator sets is to save cost on electricity especially when the unit is situated in areas where other sources of power are scarce or limited, or in other words, where electricity is not feasible and optimum in supply. Talking in terms of Dubai and surrounding areas of the Emirates, Iveco Generators, Dubai has been a leader in supplying industrial capacity generator sets and has been a frontrunner in providing energy solutions to some of the major industrial units situated in and around the area.
This function has allowed many firms to rely on  IVECO Generators and focus on increasing their initial capacities and overcoming challenges in the way of efficient production. Furthermore, it has allowed several companies to acquire and install some of the most sophisticated and high precision machines, which have a high amount of output, and it is just a beginning of the new industrial era for units in Dubai. The future is made up of machines, and they run on heavy duty generators!

Popular posts from this blog 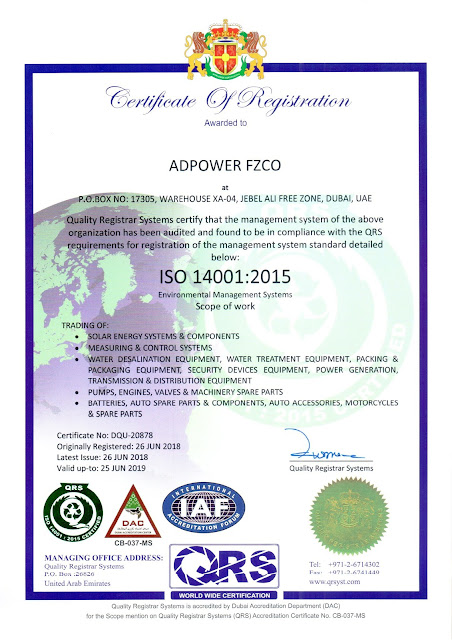 We are proud to announce that we are now ISO 9001:2015, ISO 14001:2015, and OHSAS 18001:2007 Certified! # Adpower  FZCO has been certified in  # ISO  9001 since June 2015. In July 2018, we became certified in the new ISO 9001:2015, ISO 14001:2015, and OHSAS 18001:2007 standard, demonstrating our continued commitment to providing superior quality services. Achieving this certification was a team effort as we worked hard to assess and document the processes and standards practiced  in our company. We look forward to serving our customers even better. We are dedicated to constant improvement and development and achieving and maintaining an ISO 9001, ISO 14001, and OHSAS 18001 accreditation, ensures we have the processes and systems in place for this. Visit our website www.adpower.ae to know more about our products.
Read more 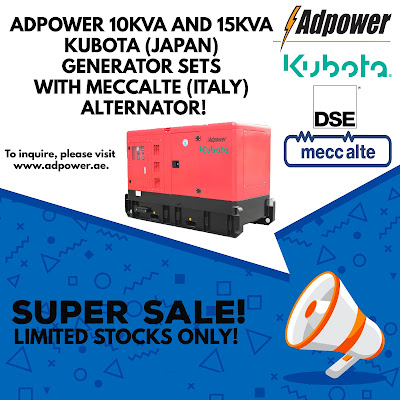 SPECIAL PROMO ALERT! Our 10kVA and 15kVA Kubota Generator Sets with Meccalte Alternator are on Promotional Sale! Get it at its lowest price! Contact us to inquire!  Web:  www.adpower.ae Phone: +971 4 8833456 Email: sales@adpower.ae
Read more